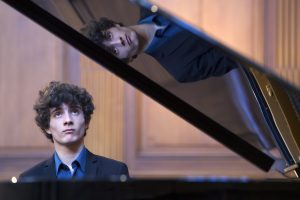 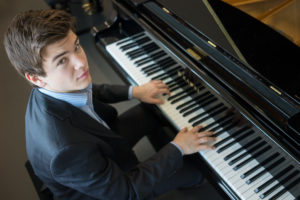 – In April, Nicolas BOURDONCLE won third prize in the Jaén International Competition in Spain, as well as the prize for the best interpretation of the imposed contemporary work. For these two prestigious prizes he received an amount of 14,000 euros.
– Pierre GASNIER won first prize at the Collioure International Competition.
– Pascaline FORGEOT passed the entrance exam at the Royal Conservatory of Brussels as well as the “Pôle Supérieur” of Lille. She decided to go to Brussels.
– Romain LIONS was admitted to the Haute Ecole de Musique in Lausanne.
– Ilan ZAJTMANN completed his master’s degree at the Paris Conservatoire in June with honors.
– Virgile ROCHE obtained his bachelors degree by unanimous vote at the Paris Conservatoire.
– Aged only 15, Sacha MORIN won second prize in the Lagny competition (junior category).
– Marie-Louise TOCCO was admitted to the Pôle Supérieur of Paris.
– Jules DARWICH passed the entrance exam for the “Pôle Supérieur”, Strasbourg.
– Ayaka UENOMACHI was admitted to the Paris Conservatoire in the ballet accompaniment section.
– Laure TEMPORALE was admitted to the CEFEDEM in Lyon.
– Florian CAROUBI was selected for the final rounds of the Long-Thibaud International Competition which took place in Paris in November.
– Corentin HERMAND and Cécile MICHEL both succeeded in the first round of the Lyon Conservatoire entrance audition.